The World’s Next Logistics Hub: Expanding the Port of Veracruz

You are here: Home1 / Logistics Blog2 / Sea freight3 / The World’s Next Logistics...

New Maxiport in Veracruz — The Port Project of the Century

The new Port of Veracruz in Mexico is considered the most important port project of the past 100 years. It is expected to surpass the size of Manzanillo and Lazaro Cardenas Ports.

This port expansion represents one of the biggest and most important public works accomplishments during this century. It will open up globalization opportunities between Latin America and other coastal regions around the world.

Ever since the project was announced, the people of Mexico have begun to anticipate high levels of importing and exporting that could position the country as one of the main logistics hubs in the world. Data published by the Secretariat of Communications and Transportation of Mexico (SCT in Spanish), indicates that its construction will reach an investment level of more than 1.5 billion USD (30 billion Mexican Pesos) in its first stage.

During construction in the month of March 2017 about 500 acres was integrated into the Logistic Activity Area. The area includes roads, green space, and an intermodal zone. Veracruz Port will connect with the railroad beltway that links to Santa Fe and bridges the north and central areas of the country.

The SCT and the investors have announced that upon completion of the first stage in 2018, the new maxiport will have the capacity for 66 million tons of cargo, which is expected to increase to 90 million tons by 2024. 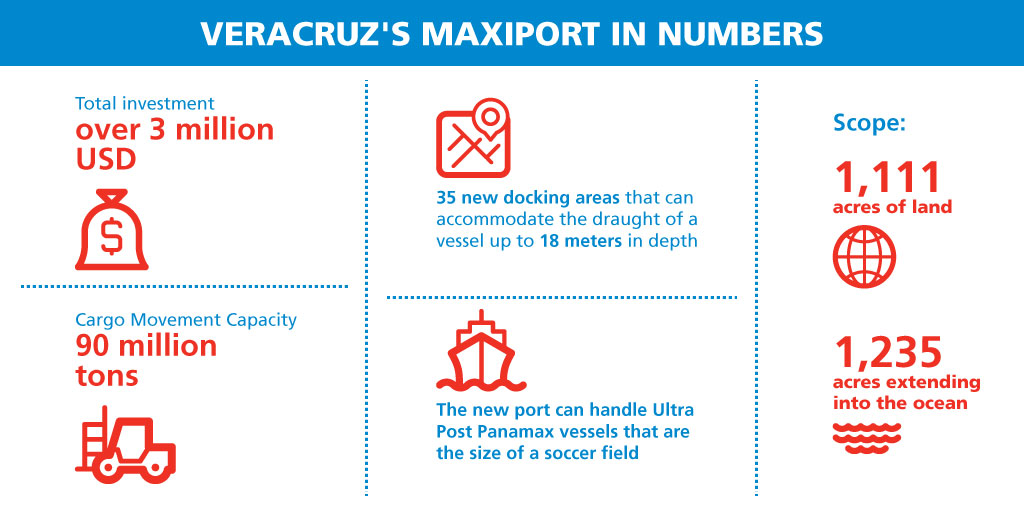 Thanks to this ambitious project at the Port of Veracruz, the country will be able to handle Ultra Post Panamax vessels that are as big as a soccer field. At TIBA, we have moved cargo on vessels with similar dimensions to those that will be received at the Port of Veracruz. For example, our Project cargo experts supported the successful transport of an air propeller generator from Japan all the way to Navarra, Spain.

The new port terminal represents a historical event for this continent in terms of logistics. Since a third of all the cargo that moves in Mexico is transported via ocean, it optimizes the number of operations for this region.

According to data from the General Coordination for Ports and Marine Merchant Shipping, the Port of Veracruz moved 965,294 containers making it the most important port in the region in 2016.

At TIBA, we are part of the exponential growth in the logistics industry. Our logistics services improve the supply chain to integrate ocean solutions for routes to and from Veracruz:

The Port of Veracruz

During 2016, the current Port of Veracruz moved: 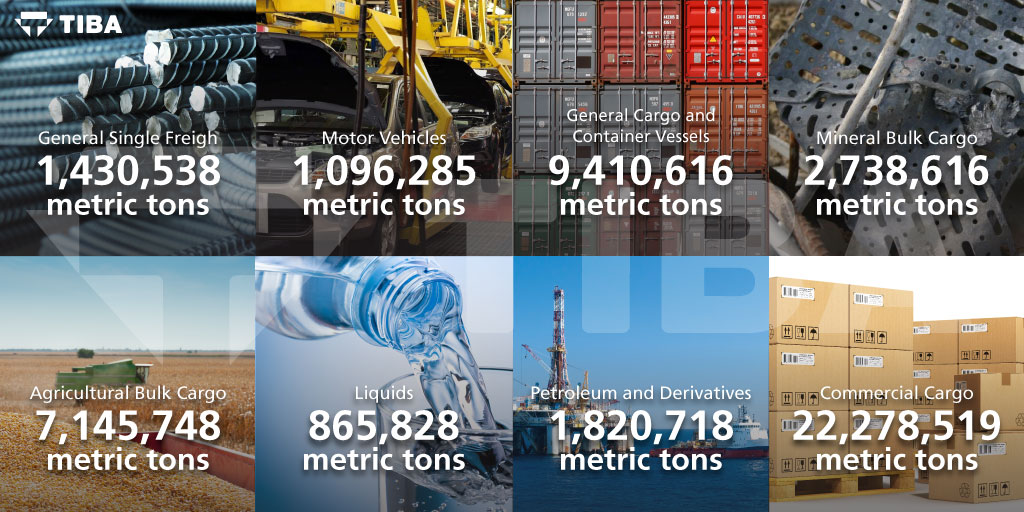 TIBA is committed to supporting the growth of Mexico’s port infrastructure. We offer our clients quality ocean services based on cutting-edge technology and highly trained personnel who are vital to this new project at the Port of Veracruz. [/av_textblock]