Due to the latest news regarding the Spanish stevedores, we would like to draw your attention about  the imminent risk of a strike, which would imply the temporary closure of all Spanish ports.

How has the situation led to a possible strike?

Although this is not first news, the trigger event took place last December 11, 2014, when the European Court of Justice declared illegal the current regime of the Spanish stevedores. According to the Court, the obligations under the current regime are a restriction to the freedom of establishment for other companies of the European Union seeking to exercise the stevedoring activity in Spanish ports.

Following this ruling, the Spanish government submitted a Royal Decree setting the future regime for Spanish steevedores. The European Union has already approved the contents of this proposal and has given green light to the government to begin negotiations with the stevedores industry.

The Spanish Government has scheduled a meeting with the unions and employers’ representatives on February 26, 2015. If the parties do not reach some kind of agreement, this could lead to a closure of all Spanish ports.

I am an importer / exporter. What will happen with my containers in case of a strike?

If the strike is finally called, on import trades, the shipping line can claim force majeure and unload containers in alternative ports outside Spain. In fact, in our experience this is how it happens, and it is furthermore provided in the Bill of Lading. The importer would find its container being discharged at a different port, having to bear all extra cost for bringing the goods to its final destination, and suffering the delays that this situation will imply.

For example, we have experience with containers with destination ports Barcelona or Valencia, being unloaded in Marseille. Or shipments intended to Vigo, having ended up in Porto. The situation might be worse, since the destination port finally chosen by shipping lines could be very far away from the initial port showed in the Bill of Lading, as might be the case with La Spezia, Malta, Tangier, Rotterdam, Hamburg, etc.

On export trades, if the stevedores call the strike, vessels would not be able to load containers, even if those containers are already within the port terminal. In this case, possible solutions would include waiting for service restoration, or transporting by road or train such containers to non-Spanish ports (Marseille, Leixoes, Sines, Porto,…).

For any import or export, each case will need specific analysis in order to verify what type of transport has been contracted (port-to-port, or including pick up or final delivery), and what are the possible solutions, which as already mentioned, would basically be (i) transporting container by road or rail (if such option is feasible), or (ii) waiting for service restoration.

What is already clear, though, is that importers / exporters will be the ones suffering the economic consequences of the strike.

Even if the strike has not been officially called, given the risk, it is our duty and obligation to inform our customers. TIBA has experience dealing with these kind of situations, and hence, we can design solutions aimed at minimizing the impact of this possible strike. 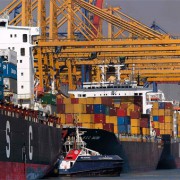 Spanish ports remain calm: stevedores will not call strike for the time being 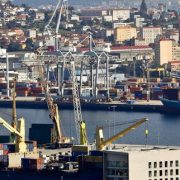 Followon TwitterSubscribeto RSS Feed
How to export to the USA

Spanish ports remain calm: stevedores will not call strike for the time bei...
Scroll to top