The United States is the biggest importer in the world and is sixth on the list of countries Spain exports to. Furthermore, a large percentage of the population speaks Spanish and have Spanish roots which means that Spanish products are widely accepted.

Procedures for exporting to the United States

We also recommend taking a look at the options available for sea freight to the United States, air freight to New York or even refrigerated groupage to the port of New York.

In addition to the usual procedures involved in exporting to a third country (issuing invoices and packing lists, obtaining a bill of lading, export customs clearance, etc.) carriage to the United States involves some customs procedures which are specific to the country. It is useful for any company wishing to export to the United States to know about these procedures.

There are specific procedures for certain goods subject to customs controls, such as food products and medicines, etc. However, in general, the additional procedures for all exports to the United States are the following:

The AMS is a control and prior authorisation system for goods destined for the United States (or for transhipment in the country). It implies the obligatory electronic communication of certain information to the American authorities. Without prior authorisation, the goods cannot be shipped.

Shipping companies and airlines are responsible for communicating the information based on that supplied to them by freight forwarders. The information should be provided prior to the departure date (I would suggest at least 3 days) to ensure that a response is received. Shipping companies and airlines are very strict about this procedure: without an authorisation the goods will not be shipped.

At the end of 2008, US Customs approved a security regulation which meant that certain information about imported goods shipped into the United States (not air freight) had to be declared.

The name 10+2 refers to the information the exporter and importer has to provide about the goods (10 items), as well as information regarding the stowage plan and container status (2 items). The electronic communication should be made at least 48 hours prior to the ship’s departure from the loading point.

After the regulation came into force in January 2009, the American customs authorities set up a transition period of 12 months so that importers could tailor their procedures gradually. The regulation has been fully in force since 26th January 2010 and non-compliance can result in the importer being fined $5,000.

The International Standards for Phytosanitary Measures (ISPM 15) sets out the phytosanitary measures which should be applied to wooden packaging material used in international trade in order to reduce the risk of pests.

Compliance is necessary when exporting to the countries signed up to the regulation including, among others, the European Union and the United States. These countries have the right to deny entry at their borders to goods with untreated wooden packaging.

Generally, for goods that do not require any kind of certification, single copies of commercial documents will suffice for clearance and of course there is the option of filing the declaration electronically.

The customs agent will need power of attorney which is equivalent to the Spanish customs authorisation. Furthermore, the importer also needs to set up an entry bond which guarantees payment of taxes and which can be obtained individually for a single import (single entry bond) or for an unlimited number of operations (continuous bond).

We hope this information will prove useful. If you have any questions, we will be delighted to help you. Use the forms or call us at your nearest office. 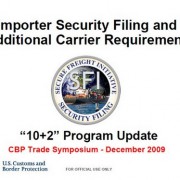 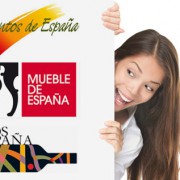 How to export to Mexico 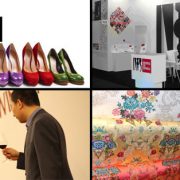 How to export
0 replies